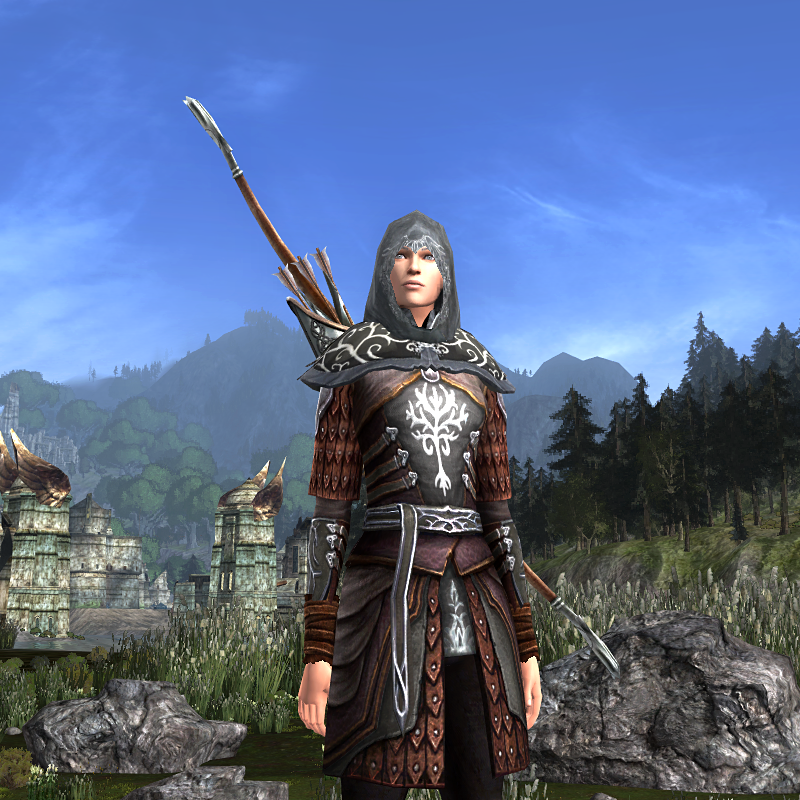 The Elves were a rare sight in Gondor during the War of the Ring. To most Gondorians they seemed like the stuff of legend, a fabled people from long ago. Superstition and distrust surrounding the Elves was more the norm than the exception. However a few more open minded Gondorians might have had a more nuanced opinion or even admiration for the Elves.
Imrahil to Legolas about Elves: “So it is said in the lore of my land. Yet never has one of the fair folk been seen there for years beyond count. And I marvel to see one here now in the midst of sorrow and war.”
The Elves did not participate in great numbers in the War in Gondor. However it is my personal belief that they (Galadriel and Elrond) would have scouts and informants in Gondor, to keep an eye on the movements of Sauron as well as the Steward of Minas Tirith. 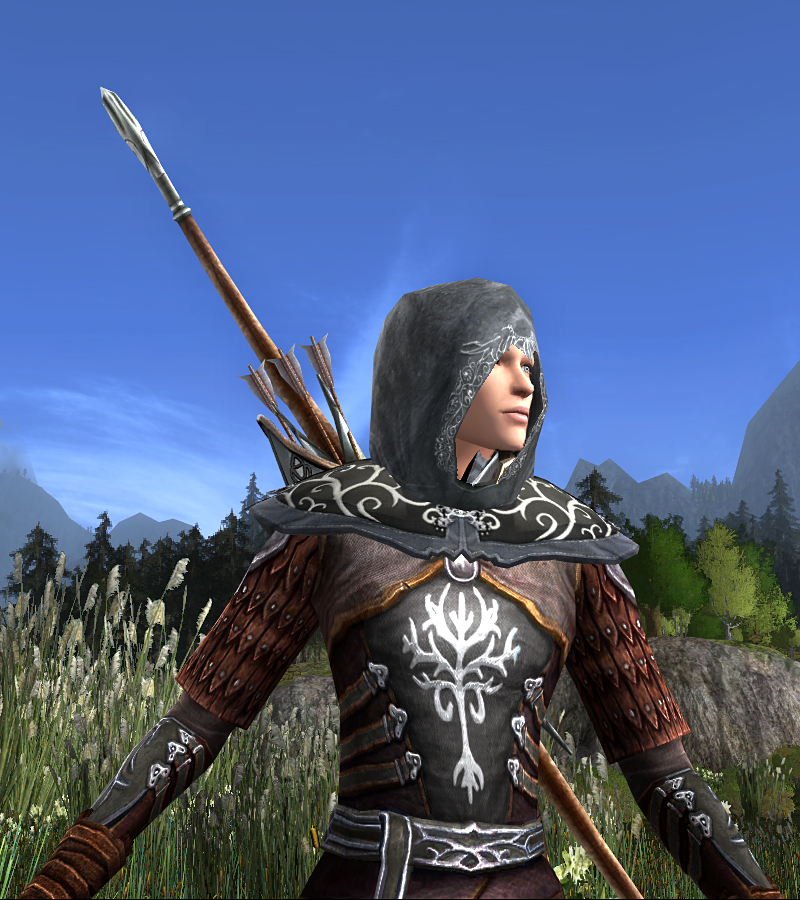 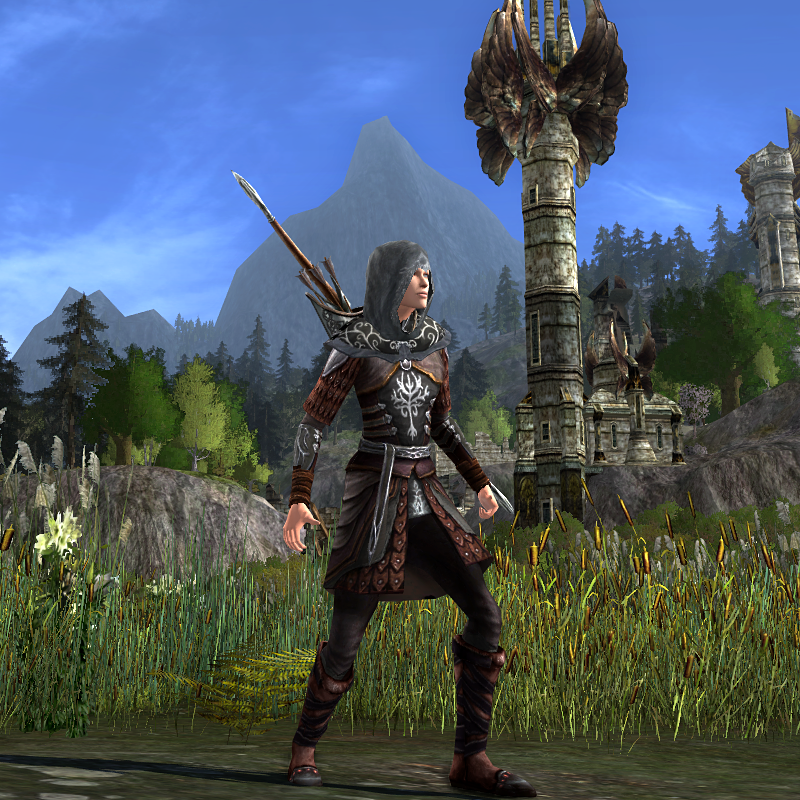 I created this outfit with that backstory in mind, and made a Gondorian Elf Scout, dressed in colors that blend in with the landscape. This beautiful chest piece dyes very well in all colours, and I have done and redone this outfit in many colours already including its default blue which is very appealing. So why settle on the boring grey? Because I really wanted something muted and inconspicuous! So while this outfit is not very spectacular in terms of color, it does appeal to my own sense of roleplay in Lotro.