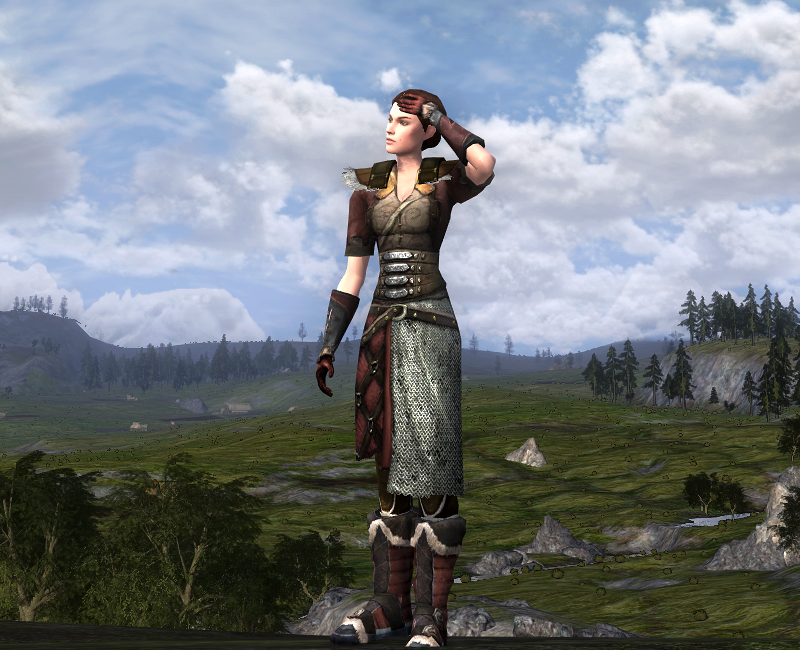 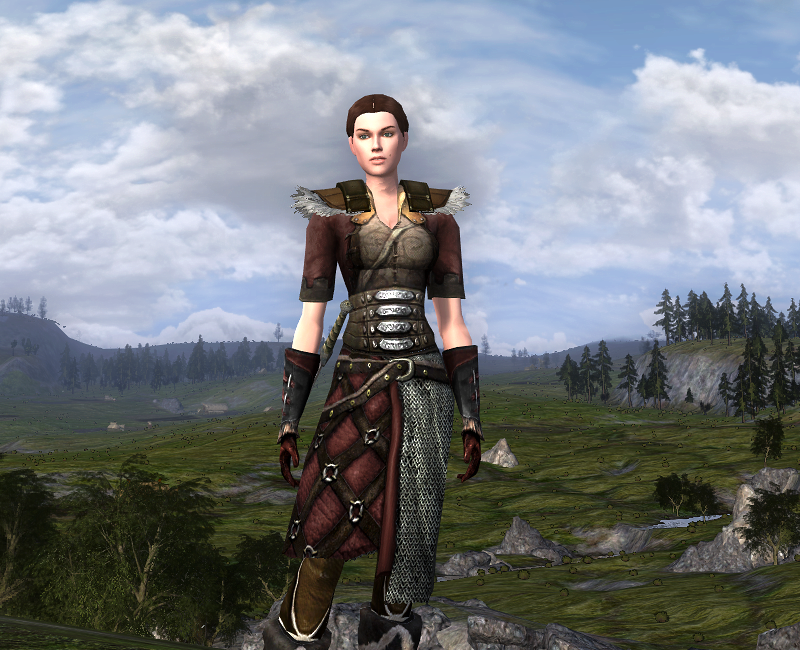 Playing through the Black Book of Mordor in the Vales of Anduin, I was rewarded with various pieces of armour. The same appearance is also available from the Wilderfolk barter at Kindred status. I like all the pieces, especially the heavy and medium ones. I love the fact that these are single pieces for chest and leggings, rather than the endless onesies that we have been seeing the past (how many?) years. In fact I can’t remember the last time that a chest piece was not a onesie! So I really enjoy working with these and matching them with older pieces from the days we still had separate chest and leggings. Both the medium and heavy leggings are awesome.

, [as of 2020 the pieces can now be dyed]. Somehow the colors on the original items are not a good match (in my opinion). I am hoping that this might be changed in the future, but for now I decided to work with what I got and split them up to repurpose them in a new mix ‘n match Rohan outfit. This means that when you use the leggings, your default color is something between burgundy and dark clay. Pretty boring and not very flashy, but quite realistic. I chose dark clay dye on the other pieces for a good match.

I also thought these leggings were a great match to my favorite Warsteed outfit: the Marauder set. This set was a limited edition years (maybe 6?) ago. It was available for about a week when I snatched it up, but then it disappeared and was never offered again in the Lotro store. It has been rumored that this set might return as a permanent addition at some point, but I cannot be sure. 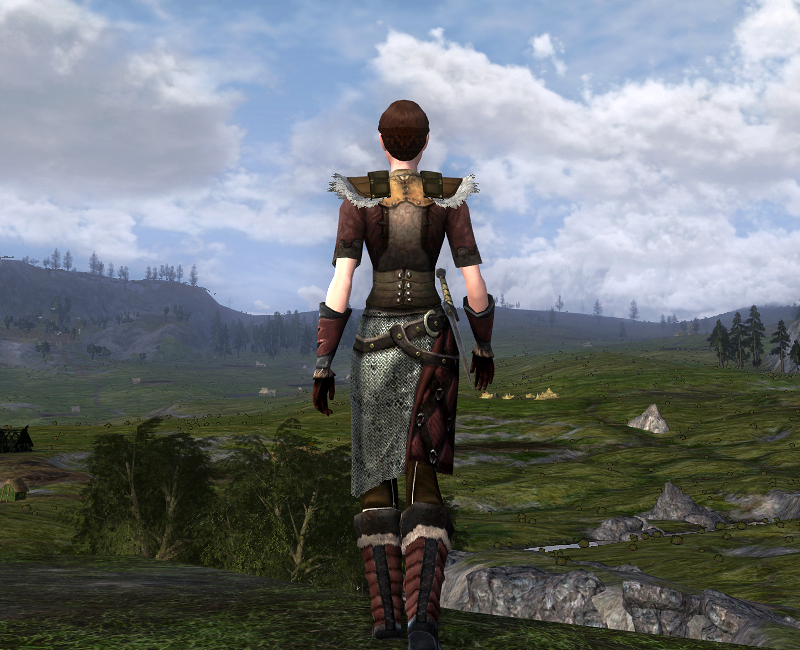 Head: originally I had the Arrow of the West Helmet on her, but then I decided against that.
Shoulders: Shoulderpads from the Old Ford, cannot be dyed (reward for [120] Quest: Chapter 10.3 Good Fences)
Chest: Arrow of the West Breastplate, dark clay dye (quartermaster at Harndirion)
Hands: Supple Gloves of Bard’s Will, black dye (reward for [115] Dinner at the Manor)
Legs: Greaves of Durin, cannot be dyed (reward for [120] Quest:Chapter 9.3: Another Way In)
Feet: Examplary Boots of the Anórien Tree, dark clay dye (barter Smith’s Guild at Minas Tirith)