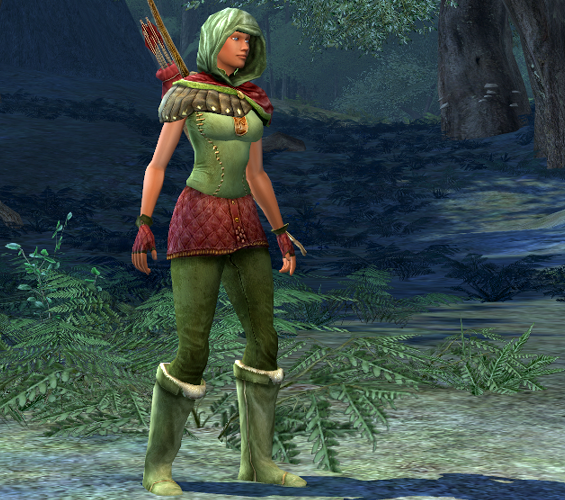 There are not many women described in Tolkien’s works, and the women with an heroic role like Eowyn and Arwen can be counted on one hand. But I’m convinced there must have been more of them, secretly and quietly helping their brothers, fathers and friends to fight against the darkness. Often times going into battle from the shadows, launching an arrow or a dagger only when it mattered most. These women may not have been heard or written about, but they were there. And a handsome man like Captain Faramir must surely have had a number of female rangers among his loyal followers.

I have totally fallen in love with the Worn Ranger’s Hood on female characters. I am also aware that I am posting a lot of female outfits lately and I will try to make amends and visit my champion this week to see if he has anything interesting in his wardrobe. On the other hand, this is my blog and I can of course just post whatever I want, but I understand not everyone plays a female character and I need to invest some time in male outfits to keep things interesting.