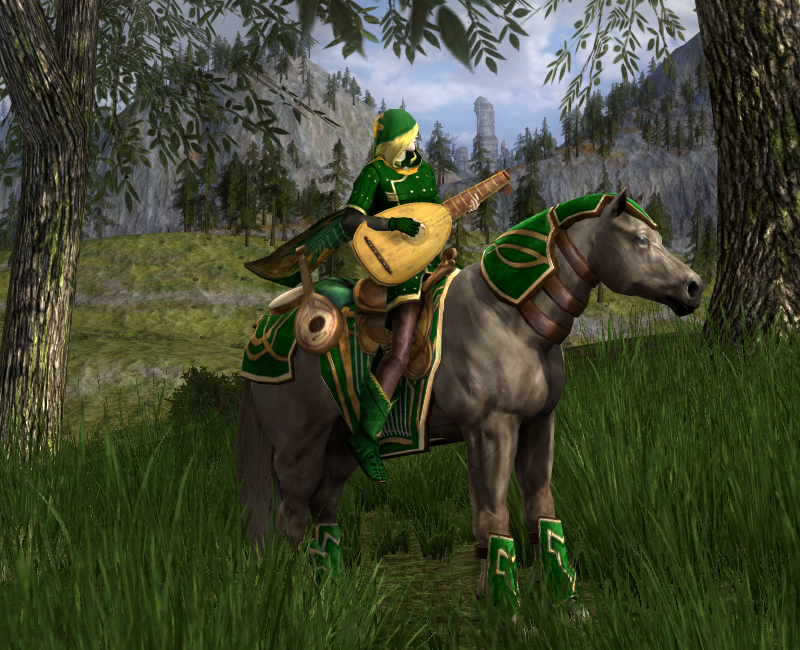 My minstrel reached level 85 last week and is pretty much set up in Rohan to do daylies, warbands and… well that’s all for now I suppose. I’m trying hard to find new looks but there isn’t a lot of variety in the new Rohan armour. On top of that, many of the crafted chest pieces have deformation issues. For example the medium crafted Eastemnet chest piece that she is wearing here makes her legs look like she’s suffering from anorexia. Besides the legs being deformed, they aren’t placed straight onto her feet either, which becomes very obvious when she wears shoes as her feet literally stand next to her legs. All this causes clipping issues when wearing boots. This chest piece isn’t the only one with problems. When wearing the heavy crafted Eastemnet chest piece on a man, his chest will have deep recesses. The light Robe of Eomer, crafted level 85, gives my female elf a huge inflated breast and super thin arms. In other words, these crafted pieces are potentially hazardous to your character’s health!
The warsteed halter and caparison bear the emblem of the Entwash region which is a large harp, making items with this emblem very popular with Minstrels.

As far as the warsteed appearance customization options go, I’ve pretty much given up on hope that Turbine will listen to their customers and make the steed colors more accessible. I have accepted the fact that the appearance system was never intended to resemble anything like our current outfit system, and is probably better viewed as a “design your own steed for money” system, where you create an appearance for your steed and stick with that. This means that once you finished designing your tailor made steed and purchased the necessary colors, you are back to square one where, just like in the old world, you design your outfit to match your steed. Unlike what I had expected it to be, a system where the warsteed appearance can be customized to fit my outfits. Call me dumb for having had those expectations.
For this steed I’m using the default grey hide color and for its horse tack I’m using one of the free item colors. There are 6 item colors for free: Indigo, Rust, Orange, Forest Green, Rose and Yellow. All are colors that you’re not likely to have purchased with TP, but I guess Turbine wanted to throw us a bone. So for my steed I picked Forest Green, to match the Minstrel accessory that has an undyeable green section in it.
Given that these steed colors are so expensive, I decided to buy no more than two color packs for each of my characters. If the packs would have been cheaper I would have spent double or triple the total amount that I’m spending now, but I don’t want to feel like I’m being ripped off while playing my favorite game and at the same time I don’t want to exclude myself completely from the warsteed color options. I’m fine with the prices for accessories and hide-patterns, as I see those additions as optional, while I consider reasonable access to all color options as being mandatory to a successful and enjoyable outfitting system. 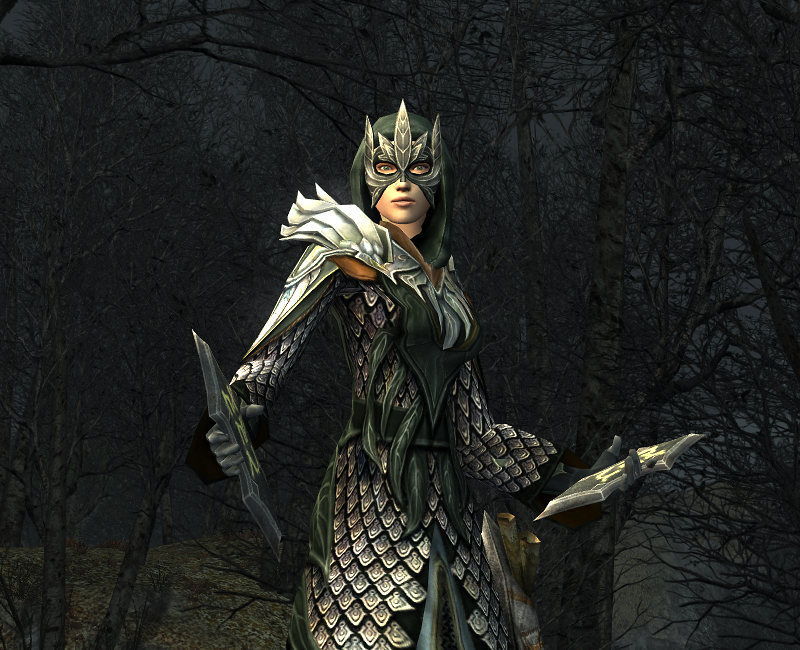