Somewhere over the rainbow
Way up high,
There’s a land that I heard of
Once in a lullaby…

I’m not sure exactly what she might have heard about in that lullaby, but I know for a fact it’s not all smiles and roses out there. But who can stop a curious hobbit who’s determined to go on an adventure beyond the borders of the Shire?
It can start out as simple as talking to a chicken on farmer Sandson’s farm. You may learn a thing or two about wolves, threats and other troublesome situations, and before you know it, you’re off on a true and very dangerous adventure tiptoeing all over Eriador, talking to animals and on your way to Rivendell disguised as a chicken!

The “chicken quests” are something I’ve been wanting to do for a long time but never gave myself time to do it. There was always something more important like levelling or doing instances. Now that I am levelling my fourth character to level-cap I decided it was time to take a pause and finally do the chicken-run, especially since this is a hobbit and she should be the one to get that cloak! So off I went, some journeys were long, but it was fun!
There is a pretty good guide on the Lorebook, but if you know the roads, you can pretty much figure out everything yourself and don’t need any guidance. It takes a few hours to complete all the runs but if you finish them all, there is a wonderful cloak waiting as a reward! 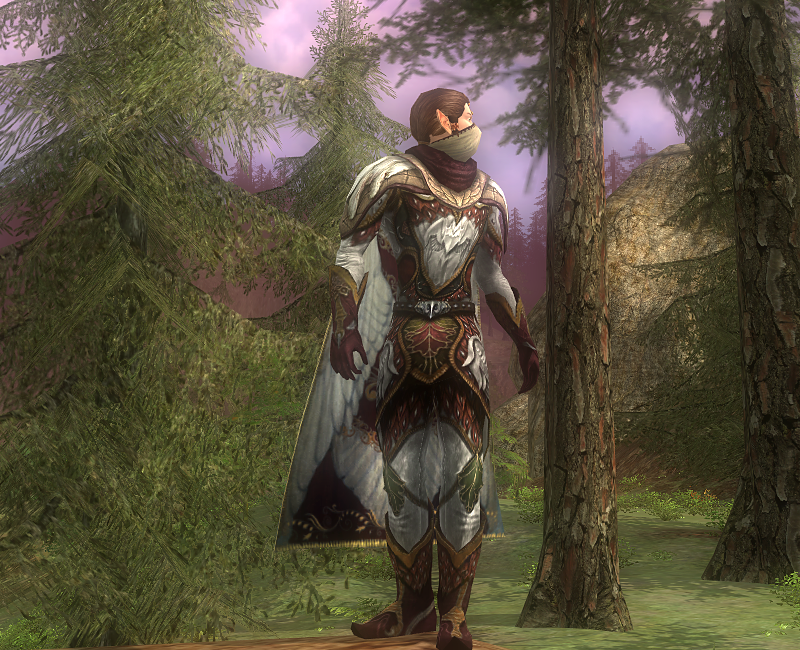