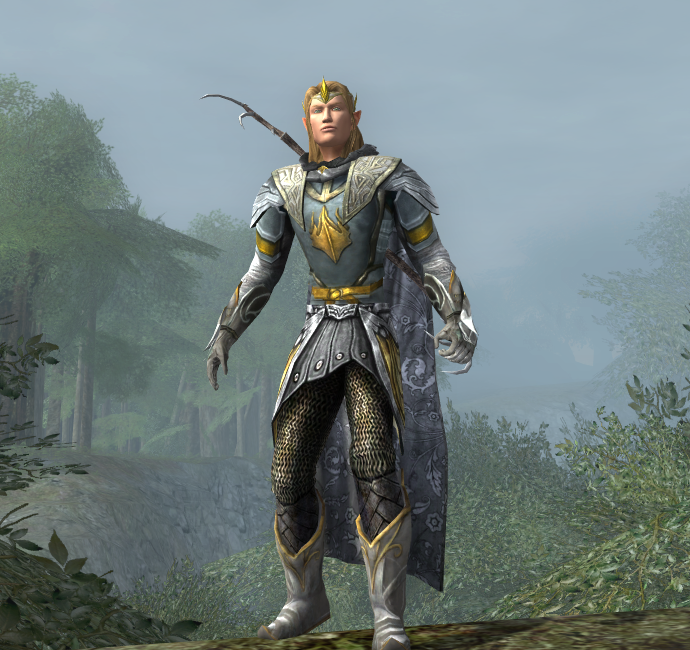 “The rider’s cloak streamed behind him, and his hood was thrown back; his golden hair flowed shimmering in the wind of his speed. To Frodo it appeared that a white light was shining through the form and raiment of the rider, as if through a thin veil.
Strider sprang from hiding and dashed down towards the Road, leaping with a cry through the heather; but even before he had moved or called, the rider had reined in his horse and halted, looking up towards the thicket where they stood. When he saw Strider, he dismounted and ran to meet him calling out: Ai na vedui Dúnadan! Mae govannen! His speech and clear ringing voice left no doubt in their hearts: the rider was of the Elven-folk. No others that dwelt in the wide world had voices so fair to hear.”

—J.R.R. Tolkien, The Lord of the Rings: The Fellowship of the Ring, “Flight to the Ford”

I am by no means any kind of expert on Tolkien’s writings and the lore of Middle Earth. I have read many of his works, and still re-read them from time to time, but I consider myself a mere bystander, an observer of his world who savours the deeper meaning of his archetypes and stories, without remembering every single name, place and passage. But I very much enjoy Middle Earth, either through reading his texts, or through playing Lord of the Rings online, or by listening to music based on his work. If you are like me, and like to digest his work in smaller quantities every once in a while, I recommend “Excerpts from Tolkien“, a website in blog format with short pieces of text and beautiful illustrations. 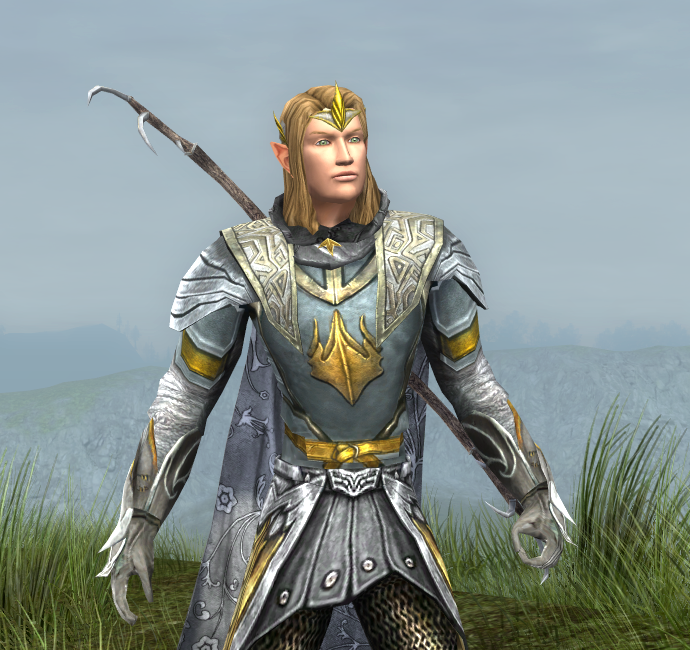 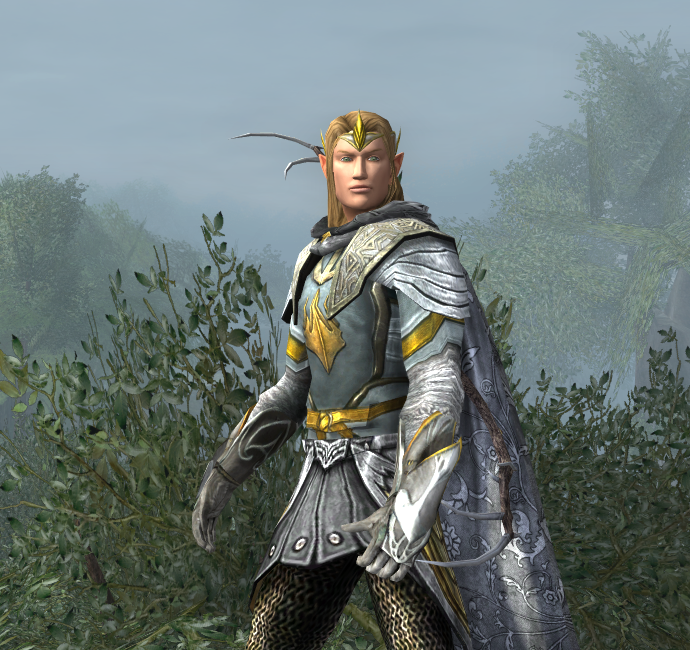 This outfit was loosely inspired by Glorfindel, the Elf who finds Frodo after he has been stabbed by the Nazgûl and sends him off to safety in Rivendell on his horse Asfaloth. I always have a hard time outfitting male elves but wanted to try something light and golden, similar to but not exactly the same as the Windsinger outfit for a female elf. I ended up using the same leggings, but the rest of the pieces are all different. The chest piece comes from the Ox-clan Camp Champion barter. You don’t need a Champion to purchase it, only enough seals and medallions. I really like how the RoI instance armour dyes in white, as it becomes a soft pale grey which gives a plated effect on the armour. 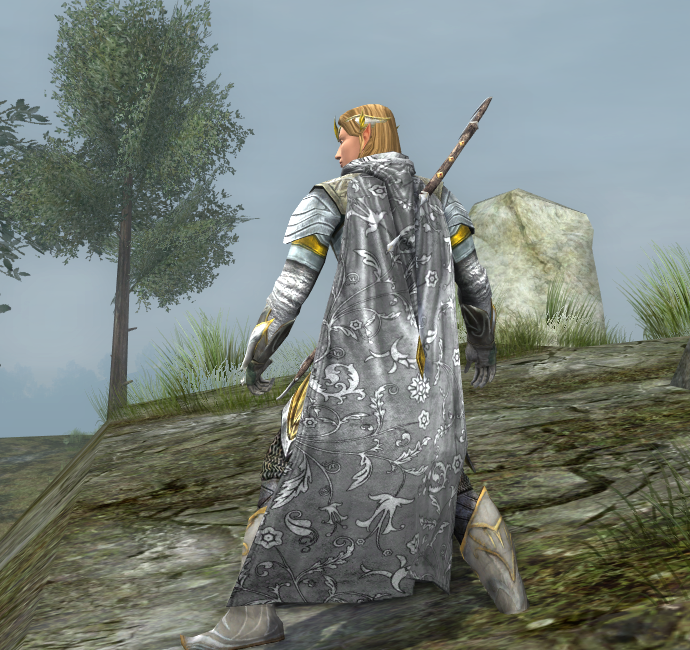