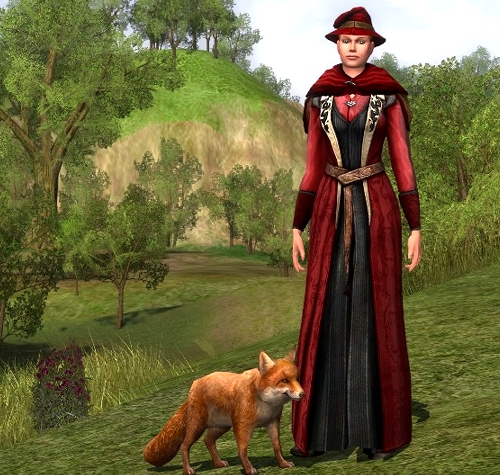 Some company on your adventures is the best way to face the dangers of Middle Earth. Loremasters never go it alone as they always have their animal companions to come along. My loremaster is a long ways away from Dunland still, but she can already wear the latest Isengard fashion thanks to the wonders of the wardrobe!

This is a foot length robe which opens at the front. The design is slightly different when worn by a male character as the males have the belt inside with a buckle instead of a long belt tied around the waist. 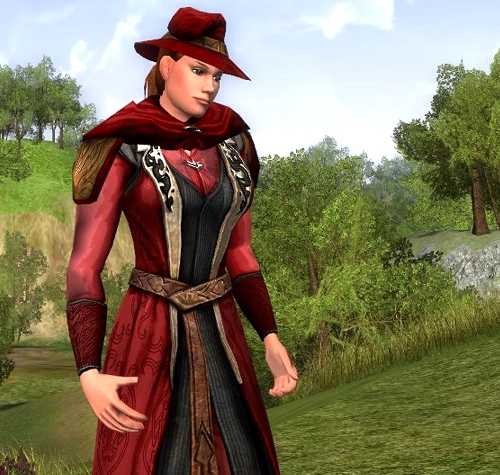 I am having a hard time matching the “old world” cloaks with the new Isengard armour style. The store exclusive cloaks seem too “unrealistic” and the old crafted and dropped cloaks seem to lack detail in comparison. The older cloaks have different transparent hues when dyed so sometimes colours clash with the new Isengard armour that mostly dyes in solid colours. The new Dunland cloaks (rewards and crafted) seem to lack a certain degree of refinement. They are well designed and have nice themes but do not always seem to match my armour. Even though a cloak would look nice on this outfit, I haven’t found one that suits me so far. 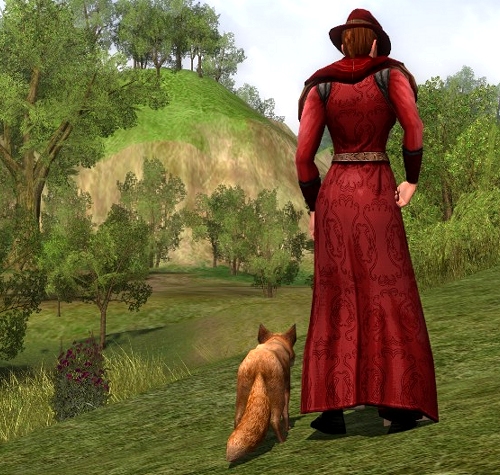