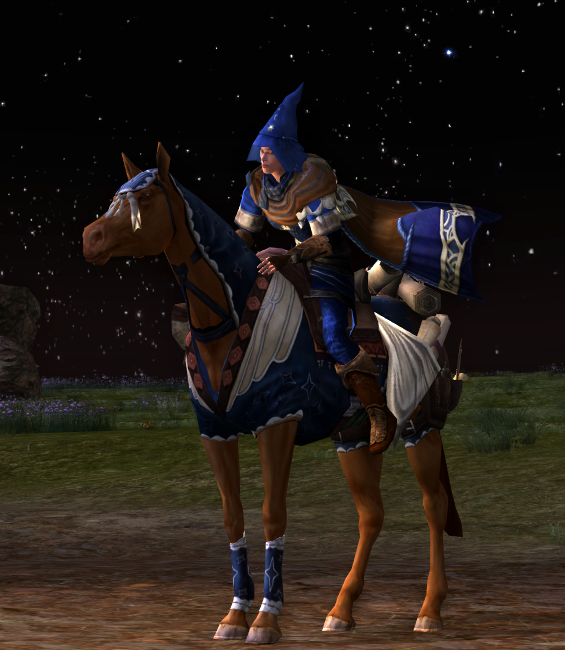 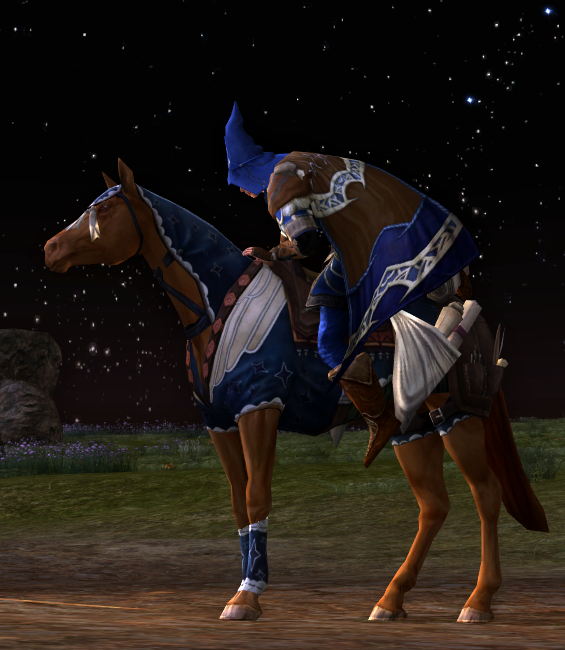 It’s Summer Holiday and I am being very lazy making outfits, so my blog isn’t getting a lot of updates lately, but today it is time for a new post. Last week the Steed of the Lore-master made it to the Lotro store, and since I have a lore-master that I play almost every day, I got her the horse immediately. The design of this horse is somehow not entirely what I expected. In my humble opinion, it’s not really ugly, but it’s not that great either. It has a lot of scrolls hanging from the saddle and books and feathers and ink attached to it which is all very lore-masterish, but the rest of the tack seems to lack a certain degree of realism (and what’s the deal with that horn on the saddle?). I like the stars on the tack, but the combination with the tan horse and the weird burgundy hems seems a little off. Like some other class steeds, the horse tack doesn’t match any available ingame dye. Some dyes come close, but never exactly (the same problem arises with the Rune-keeper steed for example). On a more positive note, unlike the Steed of the Burglar, this horse does have two different sides, which is very nice. The strange colours make it hard to match the horse with a suitable outfit. More so even, because I don’t usually wear these colours on my lore-master. But hey, I don’t shy away from a cosmetic challenge!
The good news is that as soon as the Riders of Rohan expansion launches, I will automatically get this horse as a cosmetic design for my War-steed, and I will be able to alter colours, mix and match with other pieces, and fashion a Lore-master steed of my own! If you want to see what the Lore-master War-steed cosmetics look like, check out the newly released developer diary video about War-steeds. About halfway the Lore-master Steed comes into view. 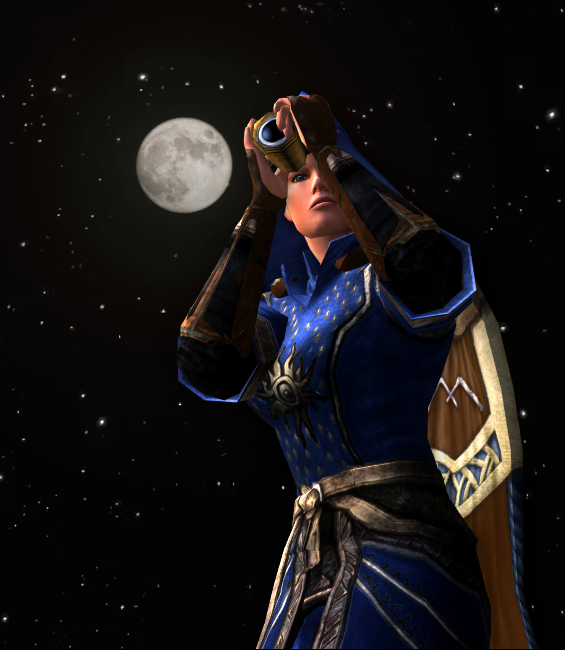 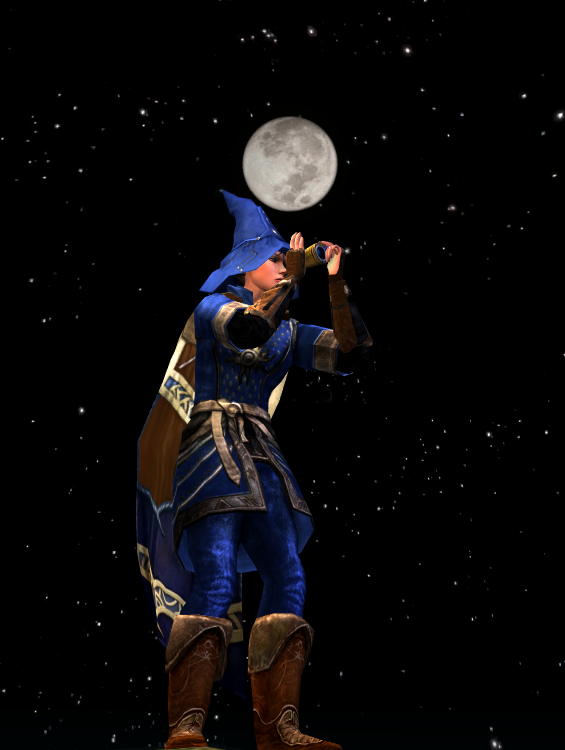 As the Riders of Rohan release date is getting closer, we are all aware that soon our high level items and armour will be obsolete. As with the Rise of Isengard expansion I expect my seals to be converted to medallions and the prices of raid pieces lowered. Nevertheless at the moment I still have a lot of excess medallions and seals, which I can use to purchase armour pieces for cosmetic use. The chest piece used in this outfit is actually for Wardens and can be purchased at the Ox-clan Camp near Isengard. And since my warden is hardly likely to ever reach level 75, I purchased it exclusively for the looks. I think the starry design on the chest matches the Lore-master theme quite well. The chest piece has a nice neckline which looks perfectly fine without shoulders too. The Hunter and Burglar class have a similar chest piece, but with a different emblem on the chest, but their matching gloves are all the same. However there is a slight difference when dying those items as the Burglar version seems to be more muted. I couldn’t make up my mind whether or not I should match the steed with a backpack or a cloak, so I used both.