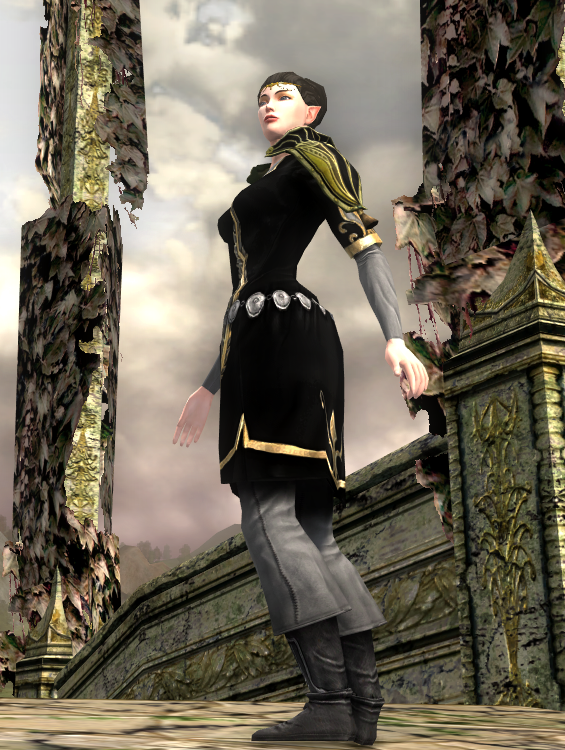 When I received the 5th Anniversary cosmetics I was thrilled with this beautiful set. At the same time, I felt bad for all the players that were left out because they started playing Lotro at a later date. I was disappointed that these cosmetics were not available to everyone, even though I understand that Turbine wanted to reward their loyal customers with something special. I was reluctant to feature them on my blog right away because I was still disappointed and didn’t really feel like sharing outfits that were beyond the reach of those that “came too late” anyway.

To my great delight Turbine is now offering these cosmetics with a slightly more ornate design in the Lotro Store for a limited time. This option alleviated much of my initial frustration, and even though those items are not exactly identical, they are close enough!
The Tunic & Trousers is very well made. It looks elegant and fits well on any race and gender. Even dwarves look good in this tunic!
I am sporting the Anniversary set here because I have a preference for its more plain design, but the ornate design from the Reveller’s Gilded set will soon make an appearance too.