Hauberk alert!! Yes, Hauberks seem to be an either hate or love cosmetic item. I have mixed feelings about Hauberks as they are not equally flattering to each race and gender. On top of that, even though all Hauberks share the same basic model, there’s hauberks and there’s Hauberks. Fortunately though, there’s a lot of choice when it comes to hauberks. Many of them can be obtained easily from the Outfitters around Middle Earth, some rare ones come from Anniversary boxes, but I have to say that the nicest Hauberks are being sold in the Lotro store. So that means paying TP if you really want them. Well, since I am a big fan of “FLUFF” in the store, have done and will do more than my fair share of sponsoring the cosmetics department, I have these Hauberks too. Funny thing is though that I have never really gotten around to making a good outfit for all of them, other than for the Hauberk of the Mirrormere and the Hauberk of Glory.

Well I decided that before Update 7 comes out with the new Mystery Hauberks I should at least try and make some outfits for the Hauberks that I already own before getting any more of those! So here’s another beautiful Hauberk which has a lot of chainmail. Good for guardians or other heavy armour users, but very nice for hunters and wardens as well. I didn’t use a cloak here because I like to see these shoulder guards all the way around the shoulders like a wrap.
Gloves and Boots can be crafted of course, but I am cheap when it comes to temporary cosmetics and got them from the Heavy Armour Smith in Evendim. Be aware that they don’t match when dyed the same colour, so I had to work with a darker shade of red (crimson) for the boots. 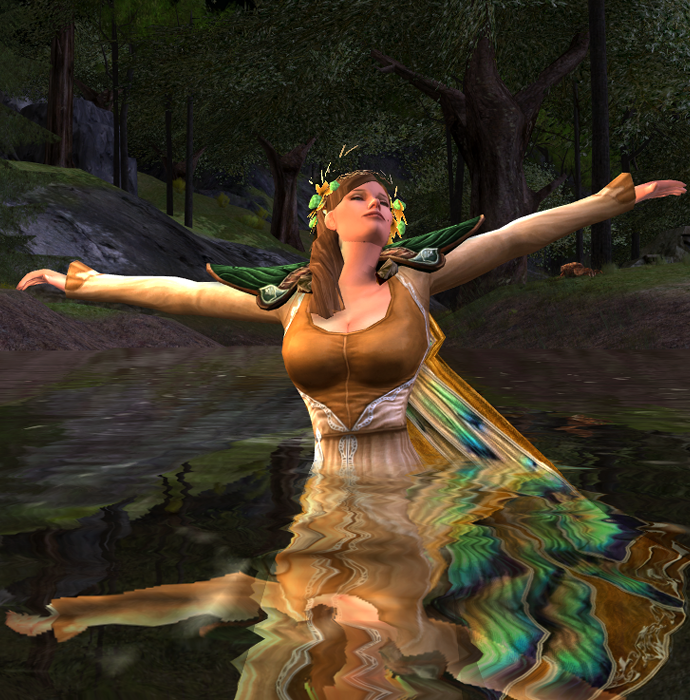