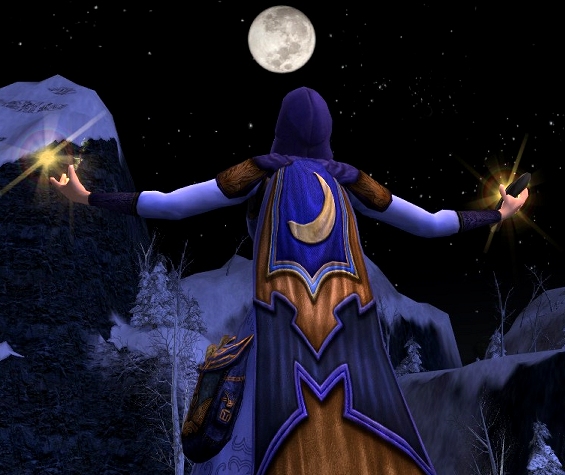 Drawing down the Moon is an ancient pagan ritual in which the power of the moon, which is representative of the feminine energy, is invoked. 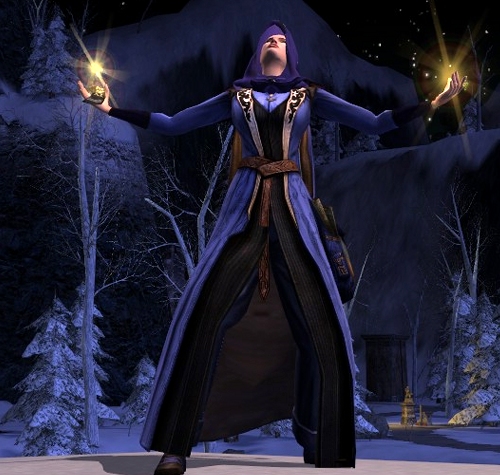 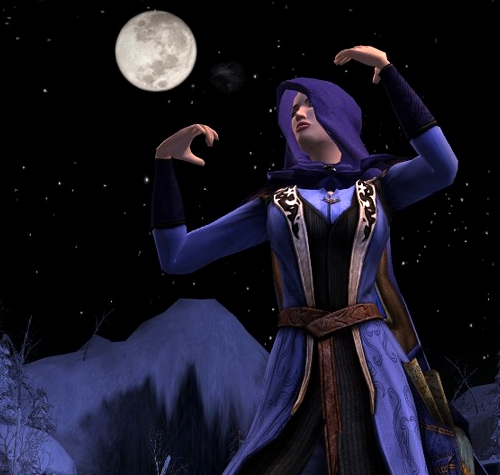 The cloak in this outfit has a beautiful moon and several hues of blue as base colours. When I picked it I knew I wanted to use it in a moon-ritual outfit, but it was not so easy to combine it with the right complementary colours. In the end I settled on rust as I like how it gently contrasts the blues. Truth be told I did not pick this cloak for its stats as might and agility were of absolutely no use to me, but I really wanted to have it for its cosmetic value. 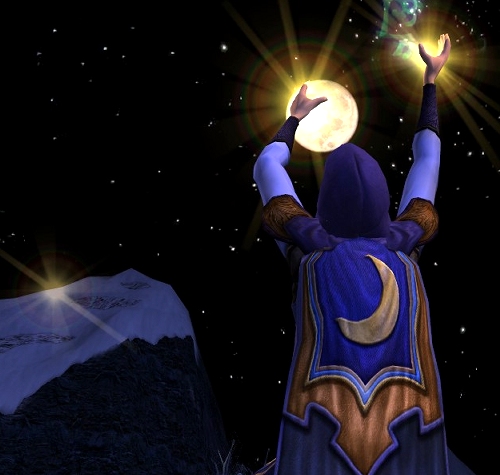 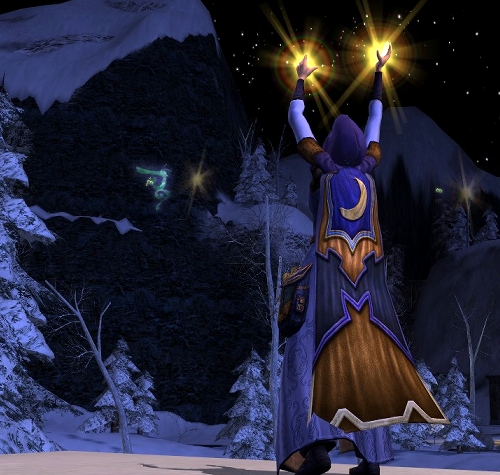 If you want to know where a certain armour piece or cosmetic comes from, you can look it up in the Lorebook, by typing its name into the search box. 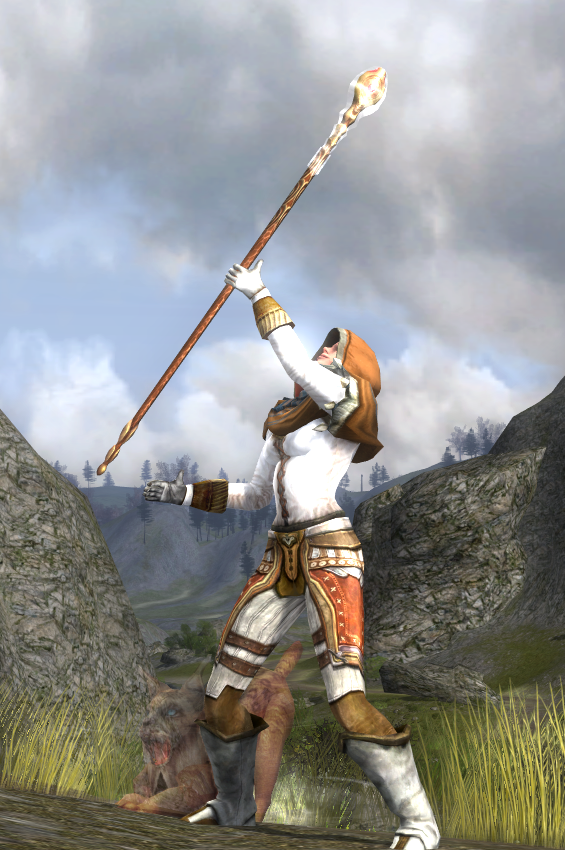